EXE 2015 is a one-day workshop divided into three parts: keynote, presentations of the accepted papers, and a discussion session. The workshop will take place at the room Richelieu.

Why and Where Do We Need Model Execution?
Francis Bordeleau
Abstract | Paper | Slides

Keynote “Why and Where Do We Need Model Execution?” by Francis Bordeleau 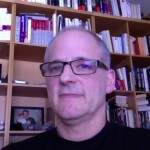 Model execution has the potential to bring major benefits in many different development contexts and thus strongly contribute to the broader adoption of model based engineering (MBE). Key potential benefits include reduced development time, cost, and risks, and improved overall system quality by enabling execution earlier and more often in the development process.

Traditionally, people think of model execution as a way to execute models at a high level of abstraction to validate/test/verify system models early in the development process before a detailed design is developed for a specific platform. This allows abstracting from specific programming languages and deployment platforms, and focus on the development of platform independent models (PIM’s) that can be later more easily implemented using different programming languages and deployed on specific platforms. While this type of MBE workflow has been a core part of the MBE vision since its inception, very few existing modeling tools today support model execution. There are several reasons for this which relate to both technical and business aspects.

It is important to note that while this traditional MBE workflow is considered as a priority in many different contexts, it is not a priority in all contexts. The price to pay for model execution, in terms of additional workload for the developers, is often considered too expensive for the benefits it provides, and is considered to be an obstacle towards being able to use modeling in a more agile manner. In certain contexts, what users need is a better integration between modeling techniques and programming languages (and associated development tools like compilers and debuggers) to improve the inner design loop and allow for a faster and more agile development process. In other contexts, like system engineering or business process modeling, where the primary goal is not to produce code, the role of model execution in the overall process is quite different. In such cases, the main goal is to use model execution as a way to discover and better understand the overall behavior that emerges from the interactions of the system elements. So, model execution is not a silver bullet that applies equally to all contexts. The needs and requirements are quite diverse depending on the modeling context and application domain.

The goal of this presentation is to provide an industrial perspective on model execution. We will look at different modeling contexts (information modeling, system modeling, network architecture modeling, and software design) and application domains (telecommunication, Software Defined Radios, cyber-physical systems), and discuss their needs (or not) and requirements regarding model execution. We will also discuss what is needed, both from a technical and business perspective, to have first-class support for model execution in modeling tools.

Francis Bordeleau is Product Manager in the Software Development group at Ericsson. His main areas of responsibilities include model-based engineering and modeling tools. In this role, he is responsible for defining product specification and roadmap, developing business cases, managing budget, managing open source initiatives, and collaborating with other companies, researchers, and academia.

Francis has over 20 years of experience in MBE and software engineering; researching, working, consulting, and collaborating with numerous companies worldwide. Prior to joining Ericsson in May 2013, Francis was the Founder and CEO of Zeligsoft, a provider of domain specific Model Based Engineering (MBE) tooling solutions for distributed real-time embedded systems. He was also Director of Tooling Business for PrismTech. Prior to found Zeligsoft, he was an Assistant Professor at the School of Computer Science at Carleton University.

The proceedings of the workshop are published on CEUR volume 1560.

The complexity of modern software systems, time-to-market pressures, and the need for high quality software are current challenges faced by the software industry. To address these challenges, model-driven engineering (MDE) advocates the elevation of models into the center of the development process. Models provide abstractions over the system to be developed, while also providing enough detail to automate the development of implementation artifacts and perform early software analysis.

In this context, executable models become more and more important. They provide abstractions of a system’s behavior and constitute the basis for performing early analyses of that behavior. The ability to analyze a system’s behavior early in its development has the potential to turn executable models into important assets of a model-driven software development process. For instance, model animators and model debuggers aid in comprehending and exploring the modeled system’s behavior, as well as in locating defects in models (e.g., locating defects in the system design). Other examples of model execution tools that provide analysis facilities include model checkers, model testing environments, and trace exploration tools.

Despite the potential benefits of executable models, there are still many challenges to solve, such as the lack of maturity in the definition of and tooling for executable modeling languages, and the limited experience with executable modeling in much of the software development industry. EXE 2015 will provide a forum for researchers and practitioners to discuss these challenges and propose potential solutions, as well as assessing and advancing the state-of-the-art in this area. Topics of interest for the workshop include but are not limited to the following:

We will accept three types of submissions:

Please submit your paper electronically as PDF via EasyChair at https://easychair.org/conferences/?conf=exe2015.